Miscarriage can be devastating emotionally and physically for a woman, but there is no need to lose heart; because most of the women who have been through the trauma of miscarriage go on to have healthy pregnancies later in their lives. There is hope even for those women who have 3 miscarriages in a row, as there is still 75% chance that they will carry the baby to full term in next pregnancy.

Though a woman can get pregnant immediately after miscarriage, with the next ovulation taking place, it is important to allow the body and mind to heal before conceiving.

Most of the first trimester miscarriages are caused due to chromosomal abnormalities, whereas when it happens in second trimester the cause could be incompetent cervix. 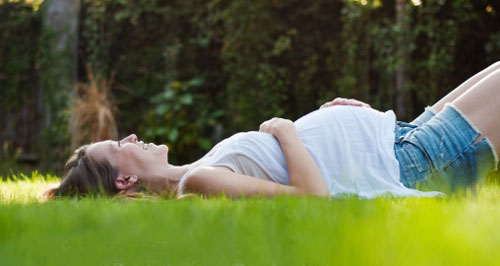 The risk of having another miscarriage does not increase after the first miscarriage; hence it is not necessary to go through tests if the doctor does not recommend it. If the miscarriage was due to chromosomal anomalies, then the chances are that the next pregnancy will progress normally. It is natural for the couple who have gone through the trauma of losing their baby to worry that the tragedy will repeat again. Luckily, they can be assured with medical research and records which show, there are chances that the woman can go through normal successful pregnancy, even after multiple miscarriage.

It was earlier believed that longer the gap was between miscarriage and pregnancy, lesser was the chances of the accident happening again. Recent studies however show that, women who conceive again within 6 months of miscarriage have better chance of going through healthy pregnancy and childbirth.

Most of the doctors recommend waiting for one normal menstrual cycle before trying for another pregnancy which will give ample time for uterus and endometrial lining to recover from the trauma and become strong to support the baby once again.

There is no need to panic and rush through all the tests in case of first miscarriage. In case of two or more miscarriages, it becomes necessary to consult specialist who can do the necessary tests to rule out any abnormalities in the parents. If there is no problem with ovulation and sperm count in the male partner, it is best to get the fallopian tubes of the woman tested.

Women, who are aged above 35, or have had history of fertility problems, or those who are diabetic will need medical intervention for progress of healthy pregnancy. The tests are often conducted to rule out conditions like antiphospholipid syndrome, or problems in the uterus and cervix, to safeguard the second pregnancy.

The emotions of the parents during pregnancy after miscarriage are not just excitement and joy – the fear of another miscarriage troubles their mind, even if they do not want to think about it. It will do much good for the parents to talk to their consulting physician about their fears and apprehensions rather than suffering in silence.

Due to their previous loss, any small problem like a simple ache in the abdomen may lead to panic in the expectant parents. Proper emotional support and medical help will go a long way in helping the parents overcome their fear and enjoy the pregnancy after miscarriage to the fullest.