Though for many couples, being parents happens naturally, there are some couples who have to wait some time before the stork arrives. One of the reasons for the woman not conceiving could be the wrong timing and improper position adopted during sex. We cannot rule out some medical condition in the couple which could be hindering their fertility, but often with proper timing and right method for sex, pregnancy can happen within a few months of trying.

Age of the woman

The best time for the woman to get pregnant is when she is in the prime of her life, fertile and healthy, that is in her twenties. With ageing, the risks and complications in the pregnancy begin to rise, and moreover, the chances of conceiving and fertility of the woman decreases. 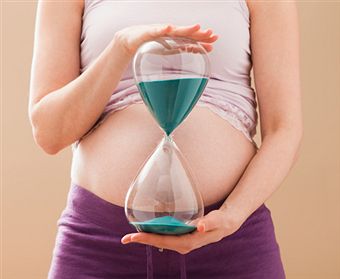 Those who plan on having children should not wait too long to conceive. The first fertility drop comes at the age of 30, and the next major at the age of 35. For the women who are in the age group of 20, unprotected sex will lead to pregnancy in 84% of women within a year. For those women in the age group of 35, about 94% of the women trying for conception will succeed, but nearly after 3 years of time. The chances further fall down to 77% after 3 years, i.e. at the age of 38.

Frequency and timing of sex

Time and again it has been proved that couples who have sex frequently have a great chance of pregnancy, especially during the time of ovulation. Sperm conservation is recommended only for those couple where the male partner has sperm issues. Having sex every alternate day during the speculated period of ovulation will ensure the couple covered up the ovulation period thoroughly, which is the only time conception can take place.

Though sex during the night is very commonly followed pattern by couples all over the world, studies show that sex in the early morning or during the afternoon is known to increase the chances of pregnancy. It’s because the level of sperm count in the male is highest during the early morning hours.

It is known that a woman is more fertile and likely to conceive during 12-14 days after her menstrual period. This is the time when the egg is ready to be released from the ovary for probable fertilization by a male sperm if it happens within 12-24 hours of ovulation. The life span of the sperm is longer, as it can survive nearly 2-5 days compared to just one day life span of the ovum. The chances of pregnancy are high, if the couples have more sex during the ovulation period, i.e. 5 days before and 2 days after ovulation.

Finally it is important for the couple to relax and enjoy sex during the ovulation period to increase their chances of having a baby, as a happy orgasm reduces acid and increases alkaline in the vagina, which is favorable for the sperm.