Artificial insemination is often resorted to by the couple who have been unable to conceive normally. Rarely is it sought by women who want to remain single yet have family, people in same sex relationship, physically disabled people, couple fearing genetic deformity or for any other personal reason. The semen for artificial insemination can be taken from the partner or a donor.

Artificial insemination is recommended as the first step for treating infertility in couples, since it is a simple procedure without dangerous side effects. It is helpful in cases where the men have low sperm count or weak sperm that fails to swim through the cervix mouth and fertilize the egg in the fallopian tube. It can also be helpful in impregnating women who have reproductive anomaly, unreceptive cervical mucus or endometriosis.

Artificial insemination is a complicated process that is best performed in a clinical atmosphere under the guidance of a medical professional. When done by couple at home, the procedure carries certain risk which can lead to irreparable damages causing harm to both the woman and baby if conceived. 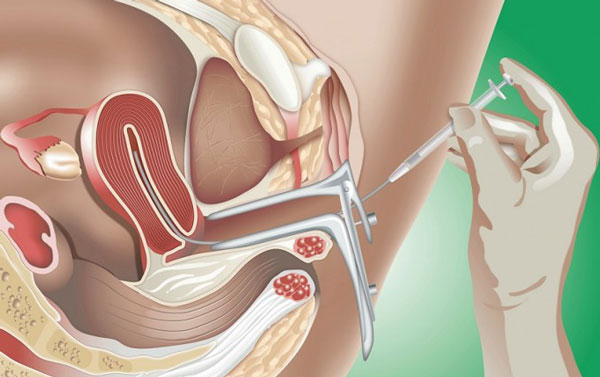 The home condition may not be sterile enough for the invasive procedure which may lead to infections in the reproductive organs.

Even with all the precautions, the semen should be placed in cervix or vagina and not in the uterus in home environment. The cervical tube is on average 1.6 inches in length. Trying to access the uterus through the narrow cervical tube can at times cause damage to delicate reproductive organ. The fresh semen contains prostaglandins which can cause the uterus to contract viciously which is harmful. When the sperm naturally swims through the cervical canal, the additional chemicals are removed naturally. In clinical setup the doctors wash the semen before placing it in the uterus through a catheter.

Untrained couple may end up using syringes or other gadgets that may send up air through the cervix. This could prove to be fatal to the woman.

The advantage of doing artificial insemination at home are many:

Following certain tips can reduce the risks involved in artificial insemination at home to a great extent. Both the receiver and donor of the sperm should be tested and screened for possible STDs or infections. If the donor is not the co-parent, then it is important to prepare legal papers with agreement to avoid future problems.

Time the procedure only during ovulation. Though women are known to ovulate in middle of their menstrual cycle, it cannot be predicted accurately. Therefore, it is advisable to get necessary tests done to predict the right time.

A well sterilized soft latex free syringe without needle or a soft cervix cup is required to hold the semen around the cervix. Use lubricant that will not cause sperm motility. Keep the waist raised for nearly half an hour after artificial insemination to allow the sperm to do its work. Allow the soft cup to hold the semen near the cervix for 12 hours.

The woman having orgasm in close proximity to artificial insemination increases the chances of fertilization of egg.