Tiredness and fatigue are a part and parcel of pregnancy from which there is no escape, especially during the first and third trimester of pregnancy. Building up the placenta in the womb for supporting the growing fetus requires a lot of nutrition and energy, which may cause exhaustion in the mom to be during the early days, whereas the fast growing embryo and extra weight may cause fatigue in later stages of pregnancy.

The only period of relaxation is the second trimester when the body of the pregnant woman has adjusted to emotional and hormonal changes, the placenta has been fully formed and there is not much demand of energy and nutrition from the growing fetus.

The onset of fatigue

Many pregnant women report of fatigue and tiredness even before they know they are pregnant through the pregnancy tests. The reason for this could be the rise in progesterone which takes place following ovulation. 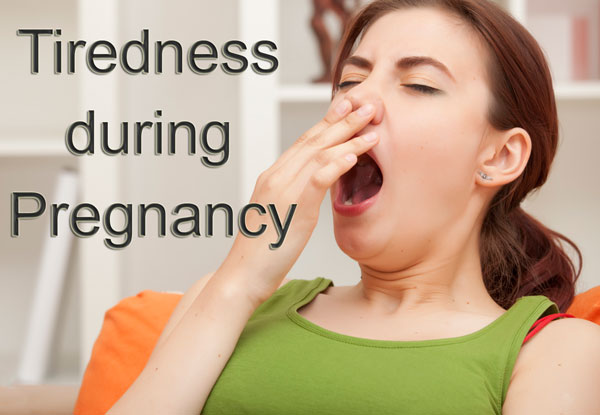 It is common for the woman to feel constantly tired, sleepy and lazy during the initial days, much before they feel the extra weight of the growing fetus in their womb. There have been cases where the pregnant women has cruised through the pregnancy without showing any signs of tiredness, though not many are lucky enough to have a energetic pregnancy. Most of the women are barely able to scrape through with their daily chores.

The onset can be anywhere between the first week to 5th week of pregnancy, depending on the physical and emotional state of the woman and typically lasts 12 weeks. The fatigue decreases during the second trimester when the baby grows peacefully inside the womb, only to come back during the third trimester as the body begins to bear the brunt of extra weight, wear and tears.

The first trimester is the period when the body of the pregnant woman undergoes changes at the pace that she cannot cope with; which may be one of the causes of tiredness. The pregnant woman may cut down on caffeine and other energy boosters for the safe development of the baby, thus leading to drooping spirits. Some of the other well known causes that lead to fatigue in early pregnancy are:

Though fatigue, dizziness and extreme tiredness are well known symptoms of early pregnancy, it is wise to consult the health care provider to be on the safer side.

How to cope with

Getting adequate rest and sleep along with proper nutrition to meet the demands of the body is one of the best ways to cope with extreme tiredness during early pregnancy. The body can recover and revitalize during sleep, therefore the pregnant woman should sleep at least for 8 hours every day.

Listen to your body and give in to the demands of rest or hunger without thinking too much about the consequences like weight gain or pending work. The health of the mother and baby to be born is more important than anything else for time being.

Eat nutritious healthy food instead of fast food which will fail to provide required energy for the body. Finally do not over think and be stressed about the pregnancy.