Vegan women, who worry about giving adequate nutrition to their unborn and new born baby, need not do so. There is research to show that women who are vegan during pregnancy and lactation are not doing any disservice to their children. It is natural to want to do everything right during pregnancy and lactation so that a child gets the best possible start in life and to this end, vegan women can do precisely this by following some diet guidelines.

General guidelines for vegan women during pregnancy and lactation

Like all women, vegan women also have to aim for sufficient weight gain during pregnancy. What is adequate is determined by a woman’s pre-pregnancy weight – underweight women can look to gain anywhere between 28 and 40 pounds, women of average weight can gain between 25 and 35 pounds and overweight women can only need to gain between 15 and 20 pounds. The weight gain will typically be slow or absent in the first three months of pregnancy; and should be steady during the second and third trimesters. 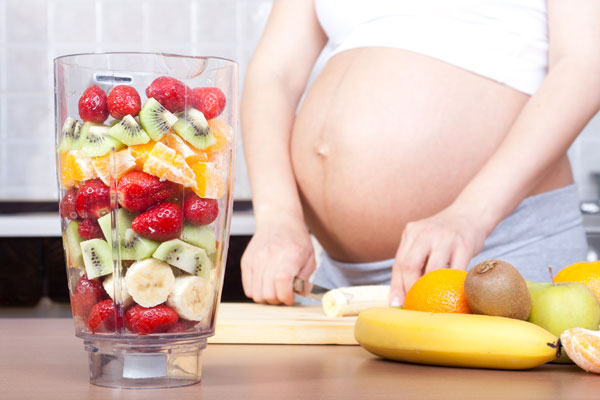 When breastfeeding, vegan women should look to consume about 300 calories more than they otherwise would. It is advisable to eat nutritious food of a wide variety – it is thought that breastfed babies who are used to their mothers eating a variety of foods during lactation are more receptive to new foods later in life.

Specific items to include in the diet

Since nausea can be an issue early on in pregnancy, it may be advisable for women to eat foods that are non bulky but high in calories. This way you can be sure that you’re getting significant nutrition even if you’re able to only eat small meals. Even later on in pregnancy, it is best to pick nutrient dense foods that provide healthy calories to the baby.

Protein is of course very important for pregnant and lactating mothers, because this is what baby needs, both inside and outside the womb. The diet should therefore be rich in whole grains such as beans and legumes, nuts, soy, nut butters and tofu.

Since each woman has a unique physiology and because each pregnancy of the same woman can vary significantly there may be no standard guidelines to follow for dietary supplements. An assessment of specific nutritional deficiencies and individual eating habits will determine what supplements are required and in what dosage. The type of supplement and dosage may vary at different stages of pregnancy and could change again during lactation.