Vaginal discharge during early pregnancy is not only normal but it is also considered as one of the early sign and symptom of pregnancy. It is the part of various changes that takes place in the body of the pregnant woman. Discharge of leucorrhea -the slight milky white, typically odorless fluid from vagina is present even in absence of pregnancy and is seen to increase during ovulation period. The only difference is that the discharge flows in large quantity in case of pregnancy, though it may not be experienced by all pregnant women.

Leucorrhea is nothing but the combination of the secretions of vagina and cervix, dead cells of the walls of vagina and the bacteria embedded in the vaginal area. Though considered as an early symptom of pregnancy, the increased vaginal discharge continues throughout the gestational period, until childbirth.

What increases vaginal discharge during pregnancy?

One of the well known causes for the increase in the flow of vaginal discharge during pregnancy is the increased levels of hormone estrogen in the body during pregnancy. Estrogen is responsible for tenderness of breast and other physiological changes that takes place in preparing the woman for child birth and care. 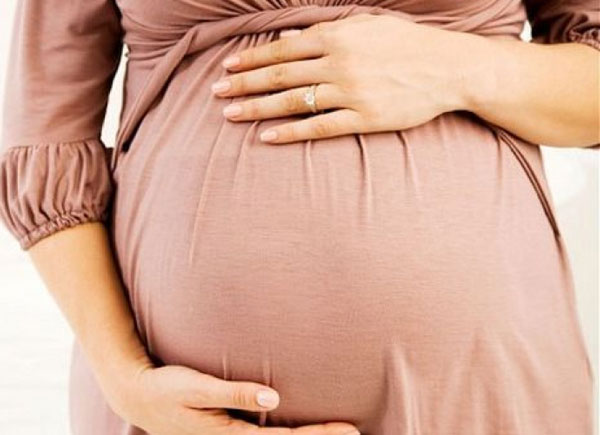 During pregnancy, the flow of blood to vagina and other reproductive parts increases, this can also be a reason for increased amount of vaginal discharge. The cervix and walls of vaginal become tender and soft during pregnancy which could allow virus or bacteria to travel from genitals to the womb. The increased vaginal discharge prevents the infections by throwing out the bacteria and virus from the birth canal and also balances the bacteria in vagina.

When to consult a doctor?

Normally the increased vaginal discharge during pregnancy is harmless unless it is accompanied by itching, burning, foul smell or tinged with any color other than milky white. The abnormal flow could be a result of STD, viral or bacterial infection which may require immediate medical attention. Yeast infection is a common vaginal infection occurring during pregnancy apart from thrush and bacterial vaginosis. The infections if left untreated during pregnancy can be risky for both the pregnant woman and the baby as it can lead to premature birth and also infection in the baby during childbirth.

In later stages of pregnancy, the sudden increase in vaginal discharge could be amniotic fluid which is much watery than normal leucorrhea discharge.

Douching and usage of tampons should be totally avoided during pregnancy as it may lead to complications. Though not common, there have reports of air being introduced into the blood stream through vagina due to douching by pregnant leading to serious health complications.

It is better to use mild soap and water for cleaning purpose instead of strong sprays, scented soaps or deodorants as they may contain chemicals that could harm the baby.