We don’t fully understand what causes premature births. However the recent rise in rates of babies being born prematurely is probably explained by the rise in rates of elective Cesarean section deliveries. Women contemplating a C section or labor induction before term for reasons of convenience, for professional or personal reasons should know the problems associated with premature births. 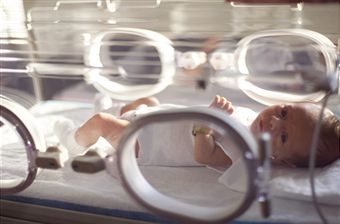 Premature birth can be a cause for concern because there are several health risks that a preterm baby faces. Babies born too early won’t have adequately developed lungs; so they may have breathing difficulties. For this reason as well as others, a preterm baby will typically have to spend time in the neonatal intensive care unit. The more prematurely the baby arrives the longer he or she is likely to spend in the NICU.

Learning disabilities, developmental and milestone delays, problems with hearing and vision are more common among premies. Intellectual difficulties and disabilities, cerebral palsy and behavioral problems may also be more likely. Babies born early are also at greater risk of developing diseases such as diabetes, heart disease and high blood pressure later in life.

Babies who are born prematurely will typically achieve their milestones later than full term babies. So, parents can expect milestones such as smiling, making eye contact, head-holding, sitting up, standing, walking and talking to occur later than usual.

Is it possible to prevent premature births?

Since we don’t understand the causes of premature labor and delivery, it is not really possible to prevent it. However women can take the decision to refrain from early elective C sections or inductions, unless there is a medical requirement to do so, in the interests of the health and wellbeing of mother or child or both.

You can improve your chances of carrying your baby to term by being as healthy as possible through your pregnancy. Cutting out smoking, drugs, and alcohol is vital of course. Getting social support, reducing stress, and avoiding environmental pollution and other toxins may also help.

Also make sure that you keep your prenatal appointments and get regular checkups so that any problem can be detected and resolved in time.