Venlafaxine, sold under the brand name of Effexor or Efexor, is a commonly prescribed antidepressant belonging to the class serotonin-norepinephrine reuptake inhibitor (SNRI). As in the case of any drug, Effexor and pregnancy can be a matter of concern for women.

Effexor is prescribed for treating major depressive disorders, panic disorder or anxiety as well as certain other disorders. It can help to balance certain brain chemicals that become unbalanced and cause depression.

Is Effexor suitable for pregnancy?

The FDA has put Effexor in the Pregnancy Category C, which indicates that the drug has not been tested on pregnant women but which has been seen to cause birth defects in animal studies. This means that there is a perceived risk about taking this drug during pregnancy, but the extent and seriousness of the risk is not clearly understood. 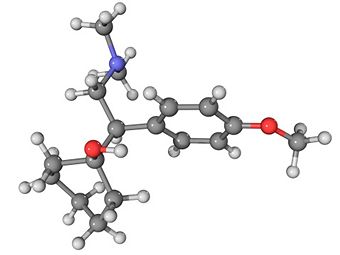 We do however know that Effexor and other SNRIs can cause certain problems during the third month of pregnancy. Babies exposed to this drug could require hospitalization and/or may need to be fed via a tube and be put on respiratory support.

There could be symptoms such as low levels of oxygen in the blood, difficulty breathing, tremors, irritability, tremors, and constant crying. Women on Effexor past the 20th week of their pregnancy are at a significantly higher risk of having babies with a condition called Persistent Pulmonary Hypertension of the Newborn (PPHN), with can be life threatening.

Is Effexor and Pregnancy a complete No-No?

This is not to say that Effexor is ruled out in pregnancy. If discontinuing the drug is perceived as being inimical to a woman’s mental health and wellbeing then continuing the drug even during pregnancy could be considered. The dosage can be adjusted in a way that the benefits can outweigh the risk of taking the drug.

A great many women who are on Effexor when they get pregnant do in fact continue to take the drug throughout their pregnancy and even while breastfeeding, with few or no consequences.

It is best to take a decision about Effexor and pregnancy after weighing all the pros and cons: the possible risks as well as the benefits for the mother. To minimize the possible negative impacts of the drug on the fetus you could discuss the possibility of adjusting or reducing the dosage of the drug.

You could also ask your doctor whether it would be OK to go off the drug during the second half of the pregnancy. If you have to go off the meds you should consult with your doctor about tapering off the dose and not stopping abruptly.