Generally women who are in a relationship, but do not want to have a child will follow birth control methods. There are times when they have to deal with unwanted pregnancies due to unexpected situations. In such circumstances, normally they go for early abortions since it is now possible to know about the pregnancy within few days of conception.

Though, going for an abortion is tough decision to take, it is wise to come to a conclusion as soon as possible to avoid complications and health issues that could accompany the abortions done at later stages of pregnancies.

During the first 12 weeks of gestation period, abortion is simple and uncomplicated procedure which does not require hospitalization. The type of abortion technique adopted or recommended by medical personnel will depend upon the gestation period of the woman. In early pregnancy, the two most common abortion methods are medication and aspiration. 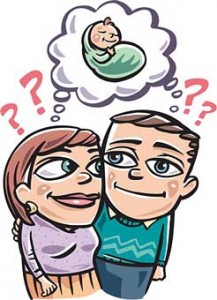 Abortion pill or medication abortion with Mifepristone and Misoprostol is a common way of opting for a voluntary abortion if the pregnancy is up to nine weeks. Though women, who are aware of the pills, prefer to take it at home, it is wise to be on the safer side and seek help from trained obstetrician or gynecologist to undergo the procedure in the safe and hygienic hospital environment.

At first the pregnant woman is administered Mifepristone pill and allowed to wait for 12-72 hours. The medicine hinders the action of progesterone which causes uterus lining to shed. The woman could experience nausea, bleeding or spotting during the waiting period. Next, the pill Misoprostol Bucally is placed in the vagina at close proximity to the cervix.

Advantages: It does not involve anesthesia or invasive process of insertion of instruments in the body. It can be done in the privacy of the home.

Disadvantages: The procedure lasts for more than a day. The result is not consistent and it may vary from patient to patient. In rare cases the bleeding and cramps may be severe, leading to health complications. It is not effective after 9 weeks of gestation period.

Aspiration abortion by suction or vacuum aspiration is performed until 14 weeks into pregnancy. The procedure is quick and will be over within 10-15 minutes which is carried out under local anesthesia. First the cervix is dilated using the dilators and then the electric or manual device is inserted inside the uterus to suck out the contents.

Advantages: It is quick and involves less bleeding then the pill abortion method. As the process is over within 10-15 minutes, the woman will not have to ponder over the situation which may lead to emotional trauma. There is no cramping or pain involved and moreover it can be done up to 14 weeks into pregnancy.

Disadvantages: Women undergoing this process may find it invasive as it requires insertion of instruments into the uterus. It may leave behind side-effects of anesthesia and pain killers. The sound of the vacuum aspirator can be scary and causes concern in the woman who feels not in control of the procedure. The biggest disadvantage is, a woman will have to wait for the procedure as it cannot be done in earlier stages of pregnancy.