Mild anemia during pregnancy is a common occurrence, though it cannot be said to be a healthy one. The amount of blood increases in the body to meet the growing needs of the fetus and placenta. The body will require more iron in the blood to prepare hemoglobin for nearly 50% more blood than usual, in addition iron will be required to by the fetus and placenta.

If the pregnant woman does not have enough iron in her body to meet the increasing demand, there may not be enough iron to produce hemoglobin which leads to anemia. Apart from low iron, vitamin B 12 deficiency, Folate deficiency, illness or poor health condition may lead to anemia.

Women with high risk of anemia during pregnancy 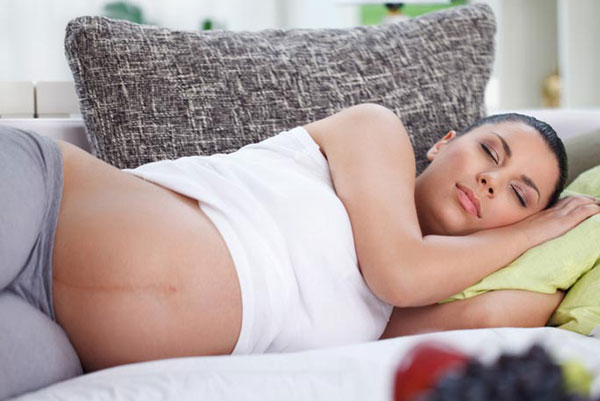 A healthy pregnant woman will not show any visible signs or symptoms of anemia, especially if the condition is not very severe during the early stages. It is only when the hemoglobin levels falls below 8g/dl that the first symptoms of anemia may appear. The health care professional conducts blood tests twice during pregnancy to rule out anemia or to provide ample solutions in case anemia is present.

The common symptoms of anemia during pregnancy are:

Pregnancy anemia can affect the health of both – mom to be and the baby growing in her womb. The pregnant woman who is anemic cannot fight infections and thus becomes vulnerable to illness. She will not be able to cope with blood loss if it happens during childbirth. Now it is a proven fact that anemia during pregnancy can increase the risk of postpartum depression, low birth weight of baby and preterm delivery. In some rare cases the risk of still birth death of new born baby or baby developing neural tube defect increases.

The baby often stores enough iron to last it for nearly six months after birth as it will not get enough iron from diet for that period. Though the baby gets its iron supplement before the mother does, anemia during pregnancy can affect the storage of iron in the baby during birth, thus causing anemia in infancy.

Eating healthy diet which includes lots of meat, eggs, green leafy vegetables and dairy products is the best and safe way to manage anemia during pregnancy. For certain cases doctors may recommend supplement of iron, folic acid and vitamin B12 depending on the type of anemia. Do not forget to take enough amounts of citrus when taking iron supplement as it helps in absorption iron into the body.