There are various changes taking place in the body during pregnancy. It is not uncommon for the effects of these changes to show on the skin in the form of Melasma, stretch marks, acnes, rashes, blackheads and excessive oiliness of skin. Nearly 50% of pregnant women suffer from acne at some point of time during or after pregnancy.

In some cases there is slight infection which is negligible, and in others it could be very severe (infected and painful). Some lucky ones are able to get rid of them, acquiring a beautiful pregnancy glow on their face, though the alluring glow remains just a myth to most of the women.

Acnes during and after pregnancy varies from woman to woman and there is no sure way to predict how her skin is going to respond to the changes.

Like most discomforts of pregnancy, the increased hormone levels can be the root cause of acnes in the first trimester. The levels of estrogen and progesterone keep shooting up throughout the gestation period of the woman. The placenta produces more estrogen for nurturing the growing fetus in the womb and progesterone to keep the muscle relaxed and functioning optimally. 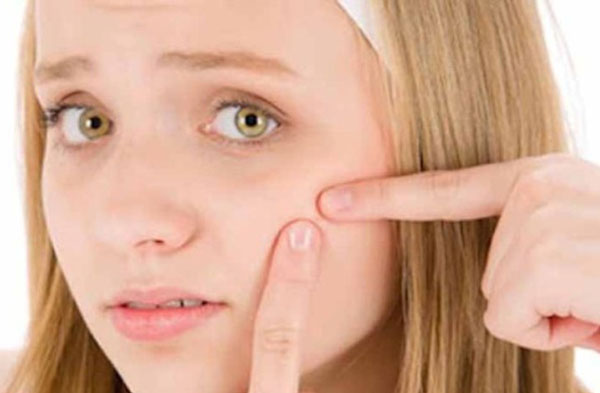 The increased level of hormones enlarges the skin glands which in turn increases the sebum production, thus giving an oily look to the skin. The oily skin collects dirt, dead skin and other impurities which block the pores preventing the skin from breathing easily. The clogged skin becomes welcoming home to bacteria, leading to breakout of acnes.

Women who are prone to acne during puberty or at the onset of menstrual cycle are at high risk of having flaring ups during pregnancy.

Management of acne during pregnancy is trickier as many of the drugs and over the counter medicines which can control acne can be harmful to the fetus. Medication should be kept minimal during pregnancy to prevent birth defects in babies.

Accutane is an oral medicine taken for acne which is known to have caused craniofacial, heart and central nervous system defects in new born babies. Tetracycline inhibits development of bone and causes teeth discoloration in unborn baby. Retin –A is also is also unsafe to take during pregnancy as the medication can enter the blood stream of baby through the mother’s blood.

One of the easiest ways to take care of acne is to wash out excessive oil from the face and keep it clean throughout the pregnancy. Drinking plenty of water not only clear the pores but prevents dehydration which can be harmful during pregnancy. Eating citrus keeps the skin healthy and provides much required nutrition to the body.

Never give in to the temptation of popping or squeezing the acne, as it will only spread the infection and also leaving behind permanent scar on the skin.

There are some well known and safe home remedies that can treat acne’s effectively not only during pregnancy but at other time also as they come without any side effects.