As a second time mother, you will probably experience your 2nd pregnancy symptoms somewhat differently than your first pregnancy. This time around, you will know what to expect and even probably be able to deal with those symptoms more effectively.

Here’s how your 2nd pregnancy symptoms are likely to be:

Each pregnancy is unique

Every pregnancy; every baby is quite utterly unique, so a lot of what you experience this time around will be different from the first time. Try not to worry if you are more or less nauseous now in your second pregnancy than you were in your first.

Most of the time, the differences that you experience are not due to anything being wrong, but simply because each pregnancy is unique in itself.

Some of the symptoms may be the same 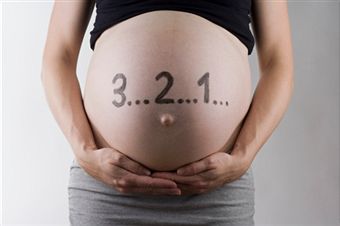 At least some of your 2nd pregnancy symptoms are likely to be the same as your first pregnancy. For instance if you had nausea or morning sickness the first time around, you will most likely have it this time as well. However many moms will tell you that it was less severe the second time around.

The severity may also vary if one of your pregnancies was a multiple pregnancy. Carrying twins is known to increase morning sickness severity for instance.

Some symptoms may be worse, some may be brand new

There is also the fact that various aches and pains may manifest this time that your first pregnancy did not seem to produce. If your firstborn is still quite young, there is probably a lot that you still need to do: from bathing to feeding, to keeping amused. All this can be taxing, particularly if your child wants to be picked up and cuddled all the time.

Many women claim that the symptoms tend to worsen when the sex of the baby is different in a subsequent pregnancy.

With your second pregnancy, the uterus muscles will be slightly more relaxed than they were during your first pregnancy. So you may start to show earlier this time. You will also feel your baby moving inside of you earlier this time around.